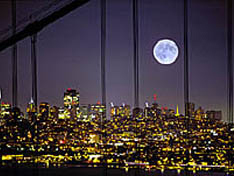 “Our Name Says It All”
Please Come and Visit Us Again

UPN Channel 44 or Cable 12 produces a television program that features the best of the best in the San Francisco Bay Area. Their production crew searches for the best attractions and compares same category attractions to determine the very best available. Some of the features have been restaurants, parks, resorts, retreats, unique activities, and of course charter yachts.

San Francisco Bay is world renowned for its spectacular bay and skyline. The charter boat industry is alive and well thanks to the awe inspiring views from the deck of a yacht. Within the charter industry there are many levels of product and service. At YachtSF.com we strive to be the best on the bay. Our motto, “Our Name Says It All”, is our commitment to provide the best product and service on San Francisco Bay.

Rave Reviews scouted the different yachts and went out on many cruises unannounced to the charter operators. After a thorough investigation the production crew at UPN 44 chose the company YachtSF.com as the best charter operation on San Francisco Bay.

Needless to say we were thrilled with the recognition and honored to be selected by Rave Reviews. This is just another reason to feel comfortable with our yacht charter services.

Send us your testimonials!

“We all had a fabulous time celebrating Scott’s 50th- Thank you so much- It was perfect – the food, music, ambiance, entertainment – staff exceptional…”
– Jackie San Francisco Symphony

“… I entertain for a living. Generally, I have to organize all the details for that entertainment. Since I’ve become acquainted with you and your services I no longer have to rely on the scheduling of these events because I know it will be done right.”
– Ron Headt Manufacturers Representative Electrorep
“Everything turned out exactly as planned which, quite often in this day and age, doesn’t happen much. All of the guests thoroughly enjoyed the dinner. Please make sure that all the staff members get a share of this gratuity for a job well done.”
– Rick Gray Siemans Components
“On behalf of my parents and my other family members, we wish sincerely thank you for making my parents’ 50th wedding anniversary party a most memorable success. Thank you again for a treasured day—my mother stated that it was the best party she had ever gone to! And that is truly saying something after 50 years of marriage and life in Hillsborough. We will not hesitate to hire YachtSF.com again for our next big occasion. Please thank your entire staff for us”
– Thomas I. Petersen, Ph.D

None of us had ever been involved with an event for the White House and we were all very excited… It was a gorgeous warm full moon night as the yacht slipped along the San Francisco Waterfront with Tipper Gore and her guests. After a long day on the campaign trail Mrs. Gore was relaxed and friendly. She learned the onboard staff by name and was very down to earth. The cruise went by too fast. A great time was had by all. The actual cruise was a breeze compared to the preparation involved. First the advance team called and asked if the yacht was available. Then the Secret Service called and wanted background information on all the crew and management. After that the Coast Guard called and announced that they had been instructed by the Secret Service to re-inspect the vessel.

We completed the Secret Service request for information list just in time to greet the Coast Guard. Off we went in the name of national security to redo the COI which we had just completed in April. We were confident we would pass mostly due to the fact that Jon Modesitt works 40 hours per week maintaining the yacht. No other charter boat is maintained in this manner. After six hours with the Coast Guard they gave us their stamp of approval.

Meanwhile executive chef Michael Venables was busy preparing dinner. The menu included Jumbo Prawns and Maryland Style Crab Cakes for Hors d’oeuvres. Dinner was a Santa Barbara Salad, Poached Salmon with hollandaise sauce, and a Bouquetiere of Vegetables. Dessert was an assortment of freshly made cakes. Jon Modesitt was busy detailing every inch of the yacht and the crew were making sure that everything was perfect.

When Mrs. Gore arrived in her motorcade everything was perfect. She was gracious and greeted everyone and asked for first names which she remembered at the end of the cruise. The full moon was rising behind the Bay Bridge and the water was smooth, reflecting the rising moon. After about an hour everyone began to relax and were able to leave the campaign behind for a little while. With dinner and desserts finished, we headed back into dock. We bid farewell to our important guests and watched as their motorcade disappeared into the night.

Mrs. Gore, thank you for choosing YachtSF.com. Please come visit us again the next time you are in town. Best wishes to a charming and gracious former Second Lady.

In the middle of San Francisco Bay sits Angel Island State Park, offering spectacular views of the San Francisco skyline, the Marin Headlands and Mount Tamalpias. The island is also alive with history. Three thousand years ago the island was a fishing and hunting site for Coastal Miwok Indians. It was later a haven for Spanish explorer Juan de Ayala, a cattle ranch, and a U.S. Army post. From 1910 to 1940, the island processed thousands of immigrants. During World War II, Japanese, and German POWs were held on the island, which was also used as a jumping-off point for American soldiers returning from the Pacific. In the ’50s and ’60s, the island was home to a Nike missile base. Today, there are two active Coast Guard stations – at Point Blunt and Point Stuart – on the island. Angel Island became a State Park in 1958.

10:00 AM – Depart San Francisco or Sausalito

Enjoy beverages & the beauty of the bay /1 hour cruise to Angel Island.

Yacht Charter – More Than Dinner on a Boat

Get all latest content a few times a month!